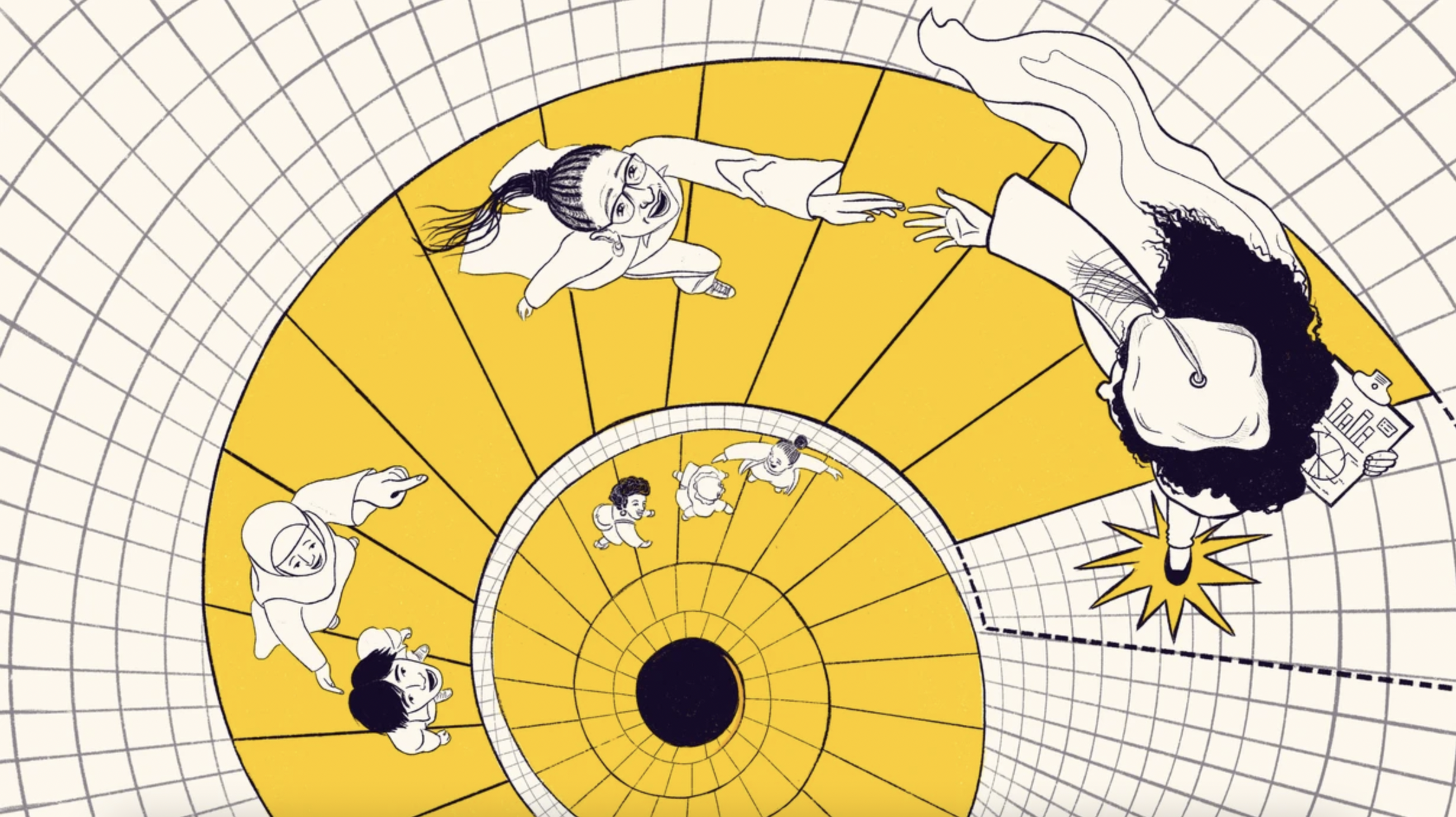 Graduate students, post-docs and professors had started to arrive in large numbers, quickly filling the auditorium of our departmental town hall. Facing the growing crowd, I could feel the butterflies in my stomach and my heart start to race. A doctoral colleague and I were here to present the results of a department-wide survey assessing what the community thinks about their research environment. We were going to ask our audience to decide how best to approach the problems we discovered. Before that day, only teachers had run our town halls – a dynamic that left many spectators unsatisfied. The new director of the department had just handed us the microphone.

Standing on this stage is not what I expected when I began my PhD in the Department of Chemistry at the University of California at Berkeley three years ago. Yet so far my experiences in academia had made my love for science more of a battle than a journey. I was raised by high performing and confident Latin women, and grew up immersed in a close-knit community that thrived on diversity, respect and unwavering support. So it wasn’t until I left home to start my undergraduate studies that I realized that my ethnicity was ‘under-represented’ and that made me a stranger – especially in the world. university.

Having to adapt to a culture that made me feel powerless and isolated was heartbreaking, but it also fueled my determination to understand and combat the under-representation of women and other historically marginalized groups in science. My sense of isolation worsened as I entered university and found myself without support from my supervisor.

As one of the few Latin women in a department of over 400 graduate students, I frequently searched for spaces where I could feel more accepted and welcome. Eventually, I got involved in our chemistry graduate life committee and began to realize that other students also felt like they weren’t getting the support we all needed. At the same time, it became clear that previous efforts to improve the climate in the department had not progressed much and that only quantitative data could convince the administration to take into account the issues of mentoring, welfare and inclusion that our graduate students face.

So we were there, standing in front of the crowd, data in hand. It had taken us two years to get to this point, and we had worked with everyone who was willing to help – from professors and staff to students and administration. This has paid off: more than 40% of the department responded to the survey. The results revealed, for example, that graduate students and postdoctoral fellows wanted (but were reluctant) to ask their advisors for emotional support and non-research advice, while professors were unsure of where to find resources to provide such assistance.

Overall, the community expressed a desire for more spaces in which they could share their concerns and perspectives and be heard without judgment. Respondents also strongly agreed that diversity needed to improve at all grade levels and wanted to be educated about biases and behaviors that negatively affect women and people of color.

Once we shared our results, we divided the participants into small student-led groups where they were invited to discuss one of three topics and their corresponding predetermined questions: diversity and inclusion, mental health and the environment. work, or mentoring and teacher-student. interactions. The goal for each group was to use our data to find concrete ways to improve the culture of our service. Soon the hall echoed with the intrigued and excited chatter of groups working together, Take (the) advantage of this new space for collaboration and exchange. The veil of anguish lifted me; exhilaration has taken its place.

Over the following months, I embarked on leading many interventions in our community and helped make them a reality. A monthly diversity and inclusion discussion group has been created – a safe space for faculty, students, staff and post-docs to discuss issues within the department. Feedback from interns began to feed into faculty hiring, as graduate students were given the opportunity to systematically assess applicants.

For example, each candidate is invited to discuss their mentoring practices, how they deal with conflict, their plan to contribute to diversity and inclusion in the department, and how they plan to support the department. well-being of his trainee. Discussions on mental health and cultural adjustment, training on how to respond to sexual violence and harassment, as well as information on dropping out of the program or changing research groups were incorporated into the program. ‘graduate studies and made public to new students during orientation. Interventions were designed to remove the stigma that typically surrounded conversations about equity, inclusion and well-being, and to actively recognize and prioritize the needs of trainees from historically marginalized groups in science.

This improved communication has also spread to research groups, paving the way for more holistic and personalized mentorship between faculty and trainees.

As I became more and more in love with the tangible and positive impacts I was producing within my department, the motivation for my research in physical chemistry eroded. Around me, the cracks that Donald Trump’s presidency was creating in society and in my own communities exposed, once again, the systemic oppression that plagues my country. I couldn’t help but wonder: why do I spend every day in a windowless basement, working on an unsuccessful science project that I didn’t choose, when the world desperately needs of passionate individuals fighting for equity and justice? With the support of senior management, I made the decision to drop physical chemistry, change research groups, and use the skills I learned during my training to focus my thesis on understanding. and improving the climate and culture of my department.

The survey is repeated every spring since this first municipal assembly reformatted in 2018. Collectively, the data shows that people are aware of the interventions we are putting in place, and that the perception of the department’s climate had constantly improved. For example, graduate students and postdoctoral fellows increasingly feel that the department has discussed and acted enough to improve diversity and inclusion. At the same time, I formed a new team of students to continue to advance in this work and ensure that it remains a priority.

This work completed, I have now completed my doctorate. Looking back, I am amazed to have had the opportunity to question the status quo in my research community. In doing so, I rediscovered my own sense of belonging, found a new way to thrive in academia, and helped make my community more inclusive for those who came after me.

Chrissy Stachl is at the NSF Center for Genetically Encoded Materials, University of California, Berkeley, USA.

This article was first published by ELife Magazine and has been republished here under a Creative Commons license.