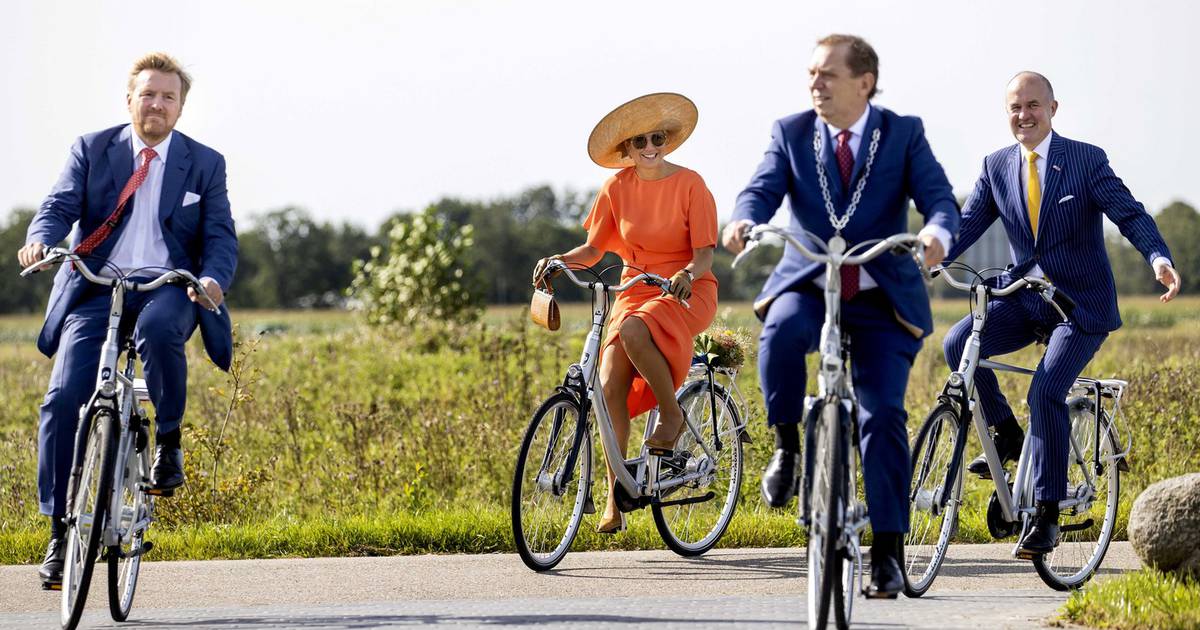 What Ireland can learn from Dutch street design – The Irish Times

For centuries the streets have been a place to meet, live, talk, trade, play and move. It is only during the last century that it has become a space of circulation: a place of passage and exit as fast and efficient as possible. People on the street have become subordinate to the car. Most people don’t realize this, because we’ve all gotten used to thinking of the street in traffic logic. For example: a street is said to be “closed” for a fair or sporting event. Closed, for whom? For motorists. But in fact, the street is open to people.

Another example: we speak of “vulnerable road users”. But they were made vulnerable by heavy and fast traffic. Why don’t we call these fast and heavy road users “dangerous road users”?

Cars have been on our streets for over a hundred years now, but the logic of traffic only took over the streets in Europe in the 1950s and 1960s. It didn’t happen that way. Through the post-war Marshall Plan, Dutch engineers were paid by Americans to attend International Road Federation (IRF) events, Irish engineers in the 1960s were also granted IRF scholarships. It sounds neutral, but the IRF was a union founded in 1948 – the same year the Marshall Plan began – by a number of oil companies, the Association of American Automobile Manufacturers and car tire manufacturers.

From the IRF, European engineers learned about the traffic engineering profession, and that’s how we also brought traffic engineers here. Their logic has become decisive in thinking about the street. This gave us the street design we now find normal – with crosswalks, traffic lights and lines all over the road. Children who previously played in the streets have been pushed into their own space, into playgrounds. With cars allowed to dominate the street, all of this has become a necessity. These days, traffic engineers are often the only professional group that municipalities ask to sit around the table when it comes to designing a street or neighborhood. And yet, people do or could do much more here than drive a car.

The fact that the Netherlands has 37,000 kilometers of cycle paths is due to a popular uprising, led by groups like Provo (short for Provocation), ENWB (acronym for First, Only, Honest or Real Dutch Cycling Association ) and STOP the Child Murder, which rebelled against the car in the 1970s with its white bike plan, ringing the Prime Minister’s doorbell and pretending to be dead in the street. They have reclaimed space for the ordinary cyclist and walker.

These clubs were organized by professionals and found a wide audience in all walks of life. They then moved from action groups to interlocutors who reflected and collaborated on the new configuration of cities and the country. This is how the Dutch got their relatively friendly residential areas and the most finely meshed network of cycle paths in the world, which, as an unexpected side effect, also makes the Netherlands one of the best countries to ride a car. It has shaped our country, literally, even beyond the bike paths. Thanks to the bicycle, we can more easily take the train and thanks to the train, we can pedal more easily. And this combination in turn shapes our urban design.

In the 1970s, Dutch transport economist Geurt Hupkes conducted research on how often, how far and how fast people travel around the world every day. He discovered: if they lived in Peru or Singapore, the Netherlands or the Soviet Union, and if they had a car, a bicycle or only a walking path: the majority of people always spent 70 to 80 minutes per day on the road, if you add up all the trips to friends and family, to work and to the store. This is called the travel time constant.

Because the travel time is constant, if we build a new section of highway, it will not save time, but will make us travel more distance. Around new infrastructure, people will start building new homes, offices and places, located at greater distances. As a result, your work and family are often no longer within walking or cycling distance, as they were before the 1950s.

For many people around the world, even the supermarket is no longer within walking distance, and it is too dangerous to walk there with all the car traffic. And so you have to take the car to do that too, and that’s why the traffic jams come back.

Why do we keep building highways anyway, even though we’ve known about time travel for decades? Because we use traffic models, which predict when in the future highways will be congested. These models now govern policy decisions and appear neutral. But this is not the case: political choices materialize in these models, such as the idea of ​​minimizing the loss of travel time. Which also means that traveling is seen as something of negative value.

Politicians leave decisions about the street, including those about life or death, to the models of technical professionals. Moral choices, like whether or not to raise a speed limit or what kind of schoolyard you want, are converted into risk calculations. As a result, no one currently bears political responsibility for the human costs of our mobility system. And these are very large. Consider, for example, the long-term impact that many traffic accidents have on a wide circle of people involved.

As a society, we have become dependent on a mobility system designed to maximize the flow of traffic, which can only be achieved by designing our streets and grounds for machines. We think we accept that as a society. But many people want it to be different. It starts with freeing yourself from traffic logic.

How do you escape the assumption that everything should be designed just to get from A to B as quickly and efficiently as possible? Many professionals and citizens are trying to understand it, looking for example at the autonomy of children, equality, health and happiness. They learn how we can start to see mobility as something that belongs to us again, instead of a service provided by companies.

In recent decades, the Dutch have become world famous for their separate cycle lanes, which benefit both motorists and cyclists. But they are also a product of traffic engineering, separating people safely along their modes of transport rather than creating a shared public space that can be used by society for a variety of possible uses.

And this is perhaps the most valuable lesson to be learned from the Netherlands: mobility is much more than just a technical problem for which engineers design solutions. It is something political, which we ourselves can help shape.

Thalia Verkade and Marco te Brömmelstroet are the authors of Movement: how to take back our streets and transform our lives, published on June 2 by Scribe UK