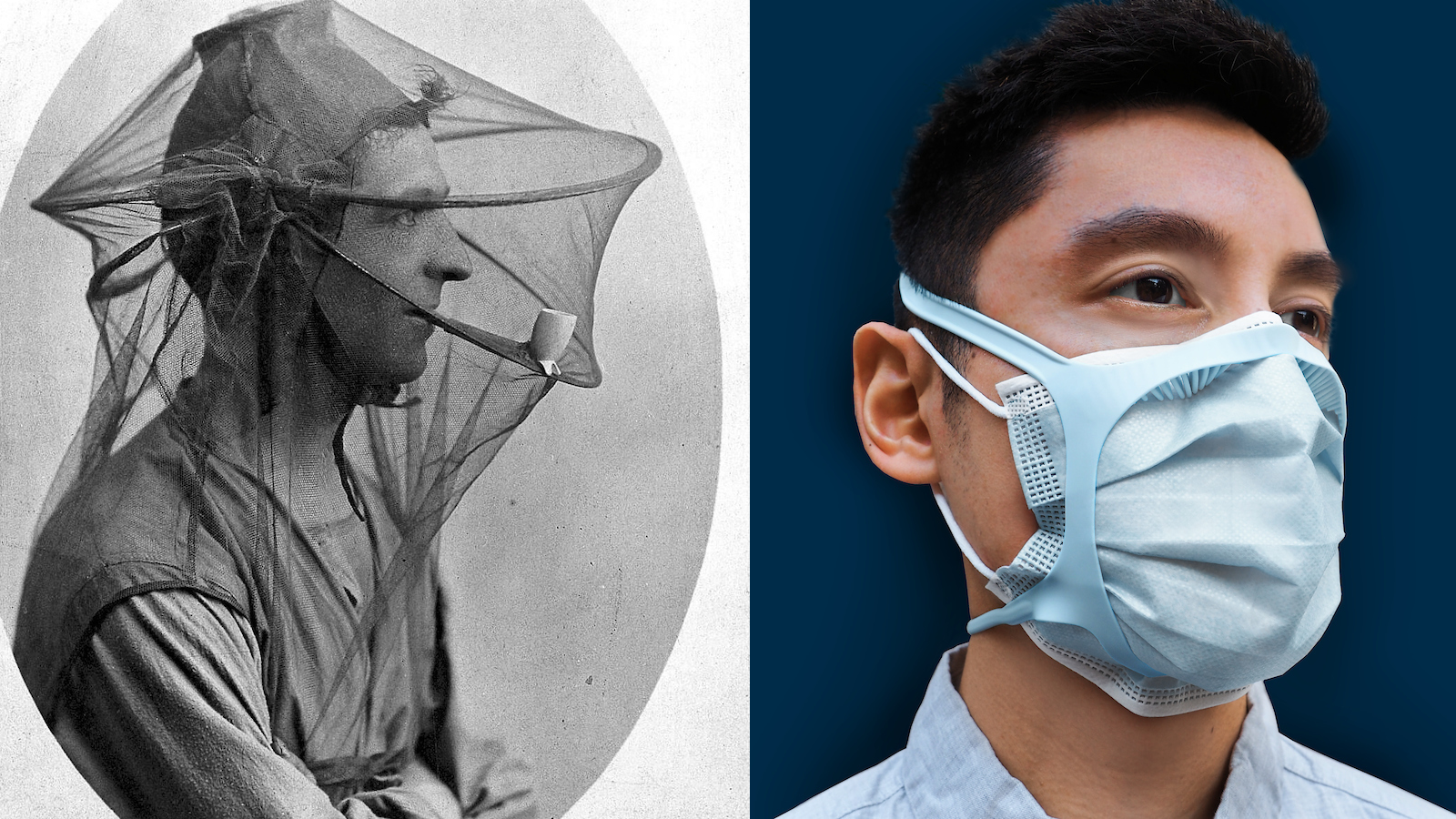 It may seem strange to organize an exhibition on design solutions for health crises while the world is still suffering. Such an investigation will likely be incomplete and lack the perspective gleaned over time and distance from this latter event. But somewhere Conception and Healing: Creative Responses to Epidemics, which opened at New York’s Cooper Hewitt, Smithsonian Design Museum around the time the omicron variant of covid appeared in the United States, reverses that premise. It is also its immediacy and its iterative spirit that make the show worth the detour.

Occupying three rooms in the galleries on the first floor of the museum, the exhibition comprises approximately 50 architectural objects and projects, ranging from effective diagnostic kits to inventive ventilators, homemade face masks and innovative hospital designs.

Planning for Conception and healing started before the covid-19 pandemic, explains Jeff Mansfield, director of the MASS Design Group and co-curator of the exhibition. It was a glimpse into the history of creative breakthroughs that emerged from past epidemics, such as Alvar and Aina Aalto’s revolutionary hospital design during the TB crisis in Finland in the 1930s, or the illuminating data visualizations during the cholera outbreak in London in 1854.

But, as it does, the covid altered the museum’s plans. Conception and healing moved from a historical investigation to a showcase of promising solutions for the ongoing and evolving global health crisis. â€œOne thing the exhibit tries to reflect is the idea that we’re in the middle of a huge design charette,â€ says Mansfield, referring to the focused problem-solving sessions traditionally convened by architects. “We have to be all on the bridge – scientists, designers, anyone who wants to come to the table – to understand how we can make this planet safer and healthier.”

Ellen Lupton, Senior Curator of Contemporary Design at Cooper-Hewitt, who worked closely with Mansfield and the Mass Design team on Conception and healing, says they “wanted to include products that have a brilliant idea behind them, even though they haven’t yet been widely used.”

The show also celebrates the instinct of creators to forgo intellectual property rights in times of crisis. â€œDesigners use GitHub and other platforms to share blueprints for dissemination,â€ says Lupton. The Italian engineers who discovered how to transform a diving mask into a breathing mask, for example, have open-sour 3d printed valve for anyone to adopt.

Designing for the mental and emotional toll of the pandemic

MASS director Jeff Mansfield, an architect specializing in designing spaces for deaf populations, says working on the exhibit during the pandemic also exposed underserved populations. â€œThe western view of health care is privileged,â€ he says. “But now we see a multitude of large and diverse experiences.” The erosion of what is called “Ideal user” taught in the human factors courses is best illustrated by the range of face coverings included in the exhibition. There is a face mask for women who wear the hijab, a solution for Sikhs wearing a turban, a transparent mask for the deaf and hard of hearing, and an origami-inspired mask designed to fit different face shapes. â€œIt really shows the plurality of our society,â€ he says.

Beyond physical solutions, Conception and healing also highlights how the designers have been tuned in to the mental and emotional crisis of the pandemic. The show includes items such as a poster addressing sinophobia which erupted during covid-19, Naomi Osaka’s cotton mask named after Breonna Taylor, and a hospital in Haiti that has quiet courtyards to recover tuberculosis patients. Curators also asked Seattle multimedia artist Samuel Stubblefield to compose a calming melody to play in the galleries. The glass and metal solarium at Cooper Hewitt Mansion (once the home of tycoon Andrew Carnegie) has been remodeled into a healing room decorated with colorful hand-sewn cushions by New Delhi-based designers Sahil Bagga and Sarthak Sengupta.

â€œOften times, we operate in a survival mindset when we are faced with a crisis,â€ says Mansfield. “But one of the things we highlight in the exhibit is the idea that craftsmanship and beauty are also important in times of insecurity.” Good design, he explains, can provide a sense of dignity, comfort, and resilience to people under high stress.

Given the possibility of having another exhibit around the pandemic, Mansfield says he would like to highlight design solutions for entire communities, such as family health centers and rural community centers. â€œIf we were to adopt a version 2.0 of the exhibit, we would address the fact that the pandemic is affecting us on a personal scale up to a systemic scale,â€ he explains.

“Outbreaks are probably a new normal,” Mansfield says. â€œThe question is, how do we build systems that promote community partnership? “