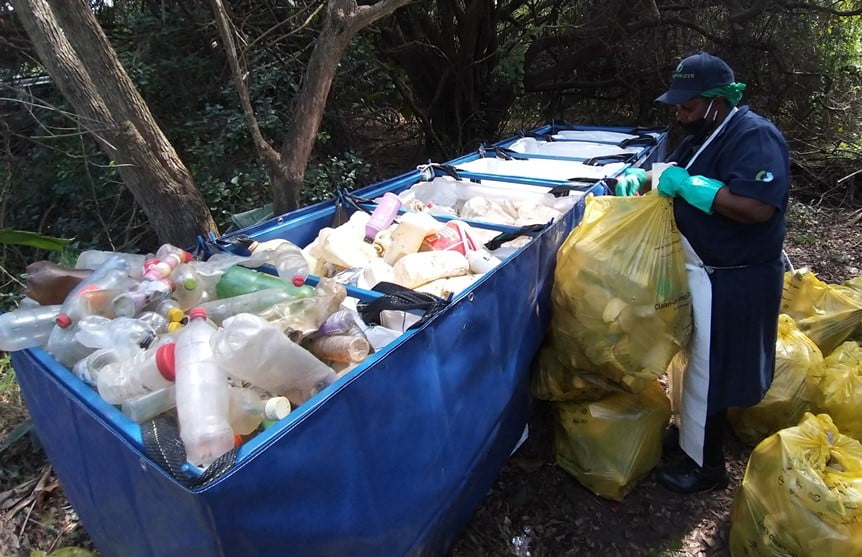 Plastics industry – cleaning up the environment

Plastics SA Executive Director Anton Hanekom said: “There has been a 35% increase in the use of recycled content in plastic products over the past 10 years, and this will continue to be a driving force. important for the future of the industry. Up to 43.7% of plastic products produced in the country are collected. The recycling value chain in South Africa is long, with added costs and lost materials along the way. In the end, we recycle up to 22% of the plastic waste that goes through this process. It is much higher than in some countries of the world.

There has been a noticeable increase in the consumption of plastic packaging products in the country and this can be attributed to the high demand for health and hygiene products during the Covid-19 pandemic. This was particularly the case throughout 2020 when very strict measures were put in place to contain the spread of the virus. The plastics industry has grown from 17% of manufacturing gross domestic product (GDP) by number before the pandemic hit to 20% of GDP by number. The per capita consumption of plastic products is approximately 24 kg per South African citizen and 29 kg per person when adding recycled content.

Douw Steyn, director of sustainability at Plastics SA, says the industry is working hard to improve its reputation given concerns about the impact of plastic waste on the environment and societies. Of particular concern is the amount of plastic waste that also ends up in the oceans and on beaches. “Research has shown that 80% of litter on beaches and in the oceans is land-based litter. It is for this reason that we have launched a number of initiatives aimed at keeping the catchment areas of our country’s rivers free of plastic waste,” says Steyn.

Working closely with all relevant stakeholders, including different levels of government, Producer Responsibility Organizations (PROs) and educators, Plastics SA projects in these areas encompass waste management and recycling and the education, training and awareness. This is in addition to cleanup campaigns, which are an absolute last resort.

A good example of such a project is Inkwazi Isu on the south coast of KwaZulu-Natal. From Inkwazi is isiZulu for Fish Eagle. The project was so named because fish eagles returned to various watersheds in the region after various interventions were implemented to keep them clean. The program was launched after a flash flood washed away tons of plastic waste from beaches.

Coca Cola Beverages South Africa sponsored a Unimog fitted with a beach rake to remove small plastic particles that cannot be picked up by hand. It is operated by the Clean Surf Project, a local non-governmental organization (NGO). Sasol funded the baseline study to quantify the issues and inform the interventions needed to address the issue through education, curbside collection, recycling and river cleanups.

At the same time, work is progressing to divert plastic waste to landfills in South Africa through the Extended Producer Responsibility (EPR) program. This is in line with the regulation of Article 18 of the National Environmental Management Law: Waste, recently published on November 5, 2020. The regulation, which came into force on May 5, 2021, makes EPR mandatory for all producers and importers of packaging. This changes the way producers, brand owners, retailers and importers design, produce, sell and keep their products in the recycling loop wherever possible. Any company or brand that manufactures or imports any form of plastic packaging for distribution is required to pay an REP fee per tonne. The state has set strict goals for annual collection and recycling that must be met within the next five years.

Although already in full force, the industry is still waiting for Environment, Forestry and Fisheries Minister Barbara Creecy to approve the proposed fees to be paid to PROs by producers.

Shabeer Jhetam, Managing Director of Packaging SA, urged plastic producers to pay their fees, despite the delays, noting that they would either be credited or debited depending on feedback received from Minister Creecy.

“The Minister noted that until the industry has reached consensus, growers must pay their own fees to comply with existing legislation. Many producers are not currently paying, which will have a negative impact on the PROs who will not be able to finance their various EPR schemes and achieve their objectives. »

Contact [email protected] to inquire about our digital marketing options