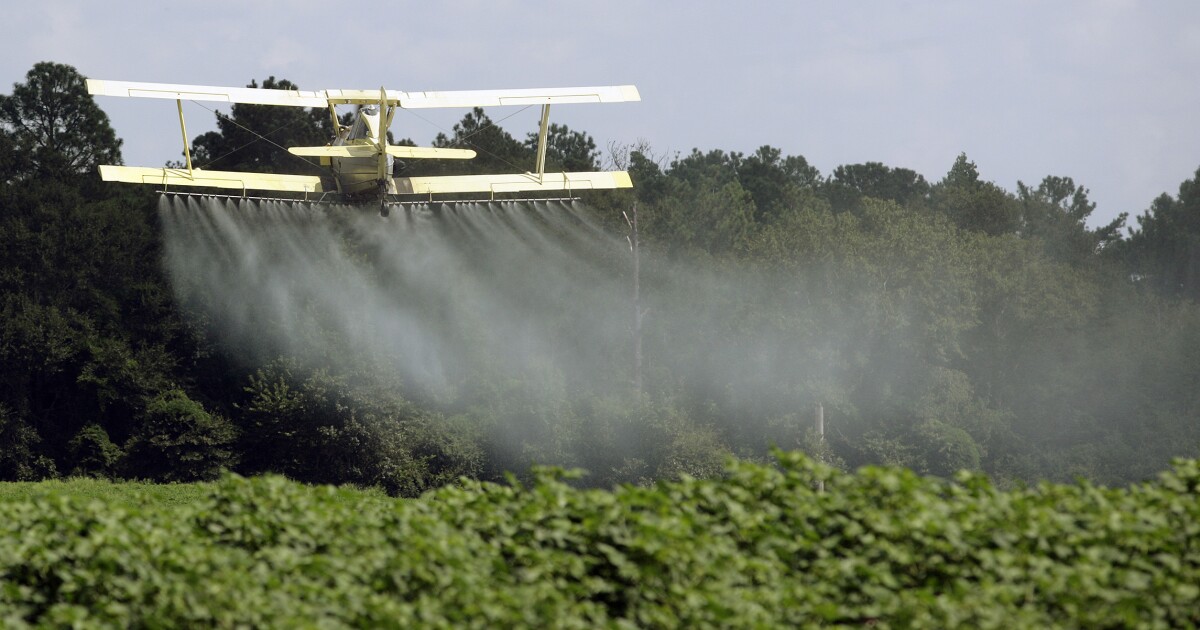 Pesticides are needed to fight hunger and protect the environment

Within living memory, a scientist wrote a best-selling book declaring “The battle to feed all mankind is over”. It was 1968 when Paul Ehrlich declared that humans had lost the battle and predicted mass starvation and hundreds of millions of deaths in the years to come.

There are more people alive today than ever before, yet hundreds of millions fewer people are hungry. Modern agricultural technologies, including genetic modification, synthetic fertilizers and pesticides to control crop destroyers, increase productivity. As a result, humans can produce more food on less land.

This use of technology is not particularly new. Farmers have been genetically modifying crops since time immemorial. For millennia, humans have mixed seeds and grafted branches to create crop varieties that grow better, produce more food, and are less attractive to pests. Modern techniques are simply better than ever.

It’s the same thing for pesticides. Thousands of years ago, the Sumerians used sulfur compounds to stop insects, while early Chinese civilizations deployed mercury and arsenic against body lice. They were dangerous chemicals, and mankind moved towards safer ways of dealing with pests.

Thanks to recent scientific advances, the toxicity of pesticides has dropped by 98% and growers can use less than ever and still get the same results. The benefits of pesticides are miraculous: without pesticides, up to 80% of many crops would be lost, and we would need a lot more land to grow enough food to feed the world’s 7.9 billion people.

It means fewer places to live, and it means more carbon emissions.

Agriculture already accounts for 10% of all greenhouse gas emissions. This number will increase dramatically if environmental activists succeed in defaming pesticides.

Using pesticides to increase crop yields without clearing more land for agriculture is one of the greatest achievements in modern history. Here in the United States, for example, 120 million acres have been spared due to the modernization of the agricultural industry since World War II.

As a Stanford University study points out, “researchers estimate that without the increased yields, the additional greenhouse gas emissions from clearing land for agriculture would have been up to a third of the total global production of greenhouse gases since the dawn of the era”. Industrial Revolution in 1850.

At the recent climate conference in Scotland, food security was one of the main topics on the agenda. Most of sub-Saharan Africa struggles to produce enough food. Leaders at the conference agreed that as more crops are planted (on land cleared of trees and other natural growth), emissions increase. At the same time, poverty is worsening considerably and the need for social protection is increasing. Food insecurity leads to political and social instability.

Over the next century, Earth’s population will increase by more than 2 billion before peaking at around 11 billion people. In order to continue to feed a growing world population and to produce enough food to keep prices affordable for even the world’s poorest people, policymakers will have to make the right choice.

Rather than promoting policies to phase out pesticides, which would devastate the environment and kill millions through starvation and malnutrition, world leaders must embrace the development of safer and more effective pesticides.

Scientists should be encouraged to keep creating new pesticides that allow farmers to produce more food from less land. The result will be less starvation, more healthy people, less greenhouse gas emissions, and more land in its natural, uncultivated state.

Drew Johnson is a senior fellow at the National Center for Public Policy Research. He studies energy, environmental and technological policy issues.