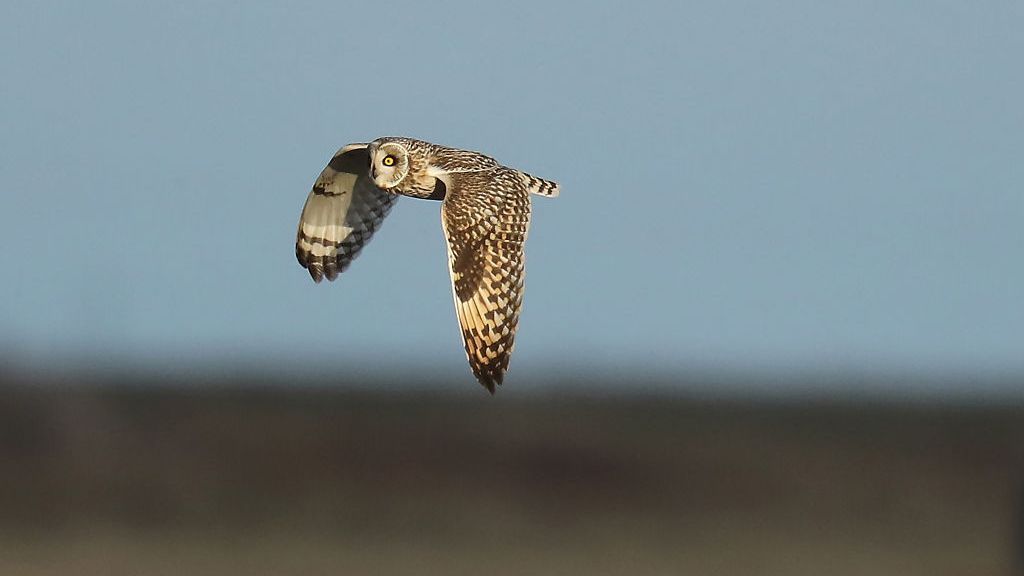 Owl is about that? Owl wings inspire quieter airfoil design

Owls are able to swoop down on their prey quickly and quietly due to the noise-cancelling characteristics of their wings. Scientists hope to mimic these characteristics to create quieter planes and wind turbines.

The noise of air rushing over the trailing edge of the wings is the dominant noise produced by aeronautical and turbine engines, contributing to noise pollution, especially in urban environments. Looking to nature for a solution, researchers believe the features of owl wings could transform the design of airfoils and minimize trailing edge noise.

Xiaomin Liu of Xi’an Jiaotong University, one of the authors of a study in Physics of Fluids, described how owls are skilled silent killers.

“Night owls produce about 18 decibels less noise than other birds at similar flight speeds due to their unique wing configuration,” he said. “In addition, when the owl catches prey, the shape of the wings also constantly changes, so the study of the configuration of the edge of the wing during the flight of the owl is of great importance.”

When air flows over the back of an airfoil, it creates turbulence along its top and bottom surfaces. When air returns through the trailing edge of an airfoil, it emits noise. While older studies have shown that the use of serrated trailing edges can reduce noise signatures from rotating machinery, noise reduction was not universal and depended on the end application.

Owls, like other birds, have different types of feathers. Unlike other birds, owls’ primary feathers are uniquely able to reduce turbulence on their wings due to their comb-like serrations. These serrations muffle the sound of the airflow, changing the angle at which the air flows. Air is allowed to pass through them, eliminating sound. It is possible that the feathers also shift the sound of the airflow to a higher frequency that most animals cannot hear.

Additionally, owls’ secondary feathers have a soft fringe that reduces turbulence behind the wings. With ragged feathers on the trailing edge of the wing and fluffy feathers on the legs and the rest of the wing, the sound waves are broken. Floating, fluffy feathers absorb any remaining noise in flight. The down absorbs frequencies above 2,000 hertz, eliminating sounds that would alert owls’ unfortunate prey.

Admitting that current technology for reducing airfoil noise has reached a “bottleneck,” Liu said, “the noise reduction capabilities of conventional sawtooth structures are limited, and some new edge structures of non-smooth leakage should be proposed and developed to further exploit the potential of bionic noise reduction.

After conducting theoretical studies on airfoils bearing the characteristics of owl wings, the research team applied their data to limit the noise level of rotating machinery. They found that asymmetrical serrations reduced noise more than symmetrical serrations. Different operating conditions saw different levels of noise reduction. Thus, the researchers suggest that future airfoil designs should be tested against the specific application required.

The noise generated by wind turbines has been a source of controversy. In the south of France, for example, a court recognized in November 2021 that a couple suffered from “turbine syndrome”. The couple claimed the noise from the wind turbines had caused depression, dizziness, headaches, insomnia and tinnitus for more than two years.

Unprecedented, a Toulouse court awarded them more than 100,000 euros ($113,000) in compensation. When a forest was felled near their home in 2013, the effective natural sound screen was eliminated between them and the wind turbines at 2,300ft, compounding the effect on the couple’s health.

Recommended by our partners