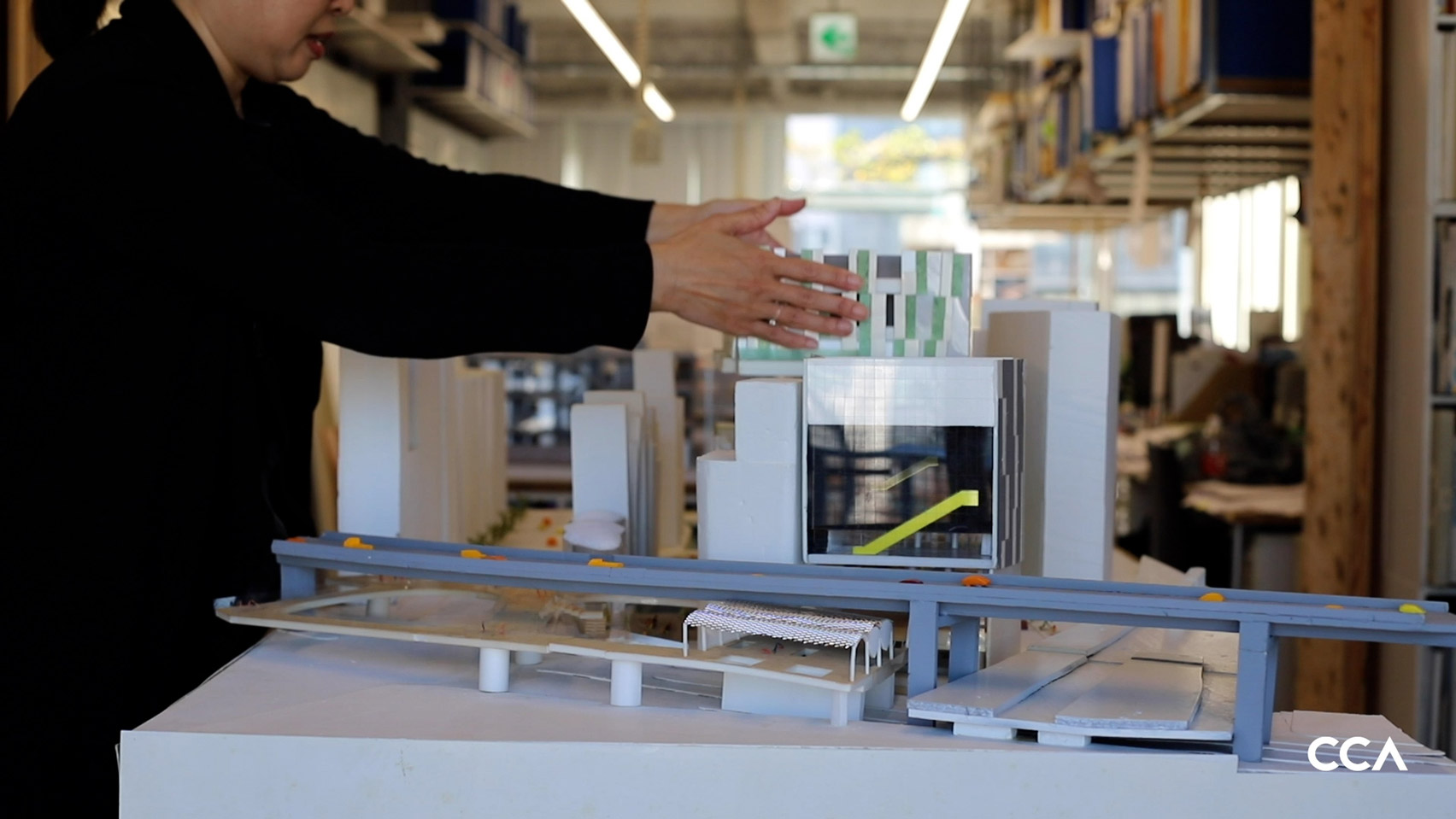 In the second Models speak A film released in collaboration with the Canadian Center for Architecture, Japanese architect Kazuko Akamatsu explains how she used voids to create a sense of openness at the Shibuya Stream skyscraper in Japan. Watch from 3:00 p.m. London time.

The nine-minute video, aptly named A Matter of Void, takes viewers through the design process of creating the 37-story skyscraper and shopping complex in Shibuya, Tokyo.

Snippets of a scale model are woven between video footage of the finished building, while an Akamatsu voiceover highlights how it is designed to connect visitors to the outdoors.

A Matter of Void is one of three videos released this week by the research institute and the museum Canadian Center for Architecture (CCA) in partnership with Dezeen.

Shibuya Stream was developed by Akamatsu as part of Coelacanth and associates, an architecture studio with which she is associated. In A Matter of Void, she focuses specifically on the design of the lower levels of the building, which are perforated by a series of voids.

The architect said these voids create a feeling of porosity and help visitors connect with the outdoors, deliberately challenging more traditional skyscrapers designed as closed environments.

“When you walk into a typical skyscraper, you are completely surrounded by indoor air,” Akamatsu explained.

“But here, we wanted users to see the outside,” she continued, “to feel what is going on outside by interacting with the outside air”. The voids that break up Shibuya Creek serve primarily as semi-outdoor terraces. However, one of the larger ones has a large open staircase.

Showing the scale model in the video, Akamatsu explained how this staircase was designed to attract people from the streets and open the building up to the city.

Other voids in the building help bring in natural light, while others simply serve as visual links throughout the development.

“It’s nice to have visual contact with various scenes in the building even if you can’t be there,” Akamatsu said. “This is the condition we wanted to create.”

As part of the film, Akamatsu also uses the scale model of Shibuya Creek to highlight the curved passageway that runs through its ground floor.

This passage, modeled on an old railway line that previously occupied the site, guided the zoning of the lower levels of the building. Shops and restaurants are left open on the passage and encouraged to overflow onto it, while the terraces on the upper floors overlook it.

Akamatsu graduated from Japan Women’s University in 1990, before joining Coelacanth and Associates and being promoted to associate in 2002.

In addition to practicing as an architect, she is also a professor at Hosei University and a lecturer at Kobe University of Design.

The three-part Models Talk series was produced by CCA in collaboration with architectural curator Kayoko Ota and directed by the architectural firm Raw studio.

It was produced for the CCA c / o Tokyo program, which is managed by the institution with Ota to “develop research and projects, and facilitate public engagement in Tokyo”.

On December 8, the CCA will host a live conversation at 8 p.m. Montreal time with its director Giovanna Borasi, alongside Ota, Studio Gross and the architects featured in Model Talks. The panel will discuss the film series and the urban issues they address.

This article was written by Dezeen for the CCA in partnership. Learn more about the content of the Dezeen partnership here.