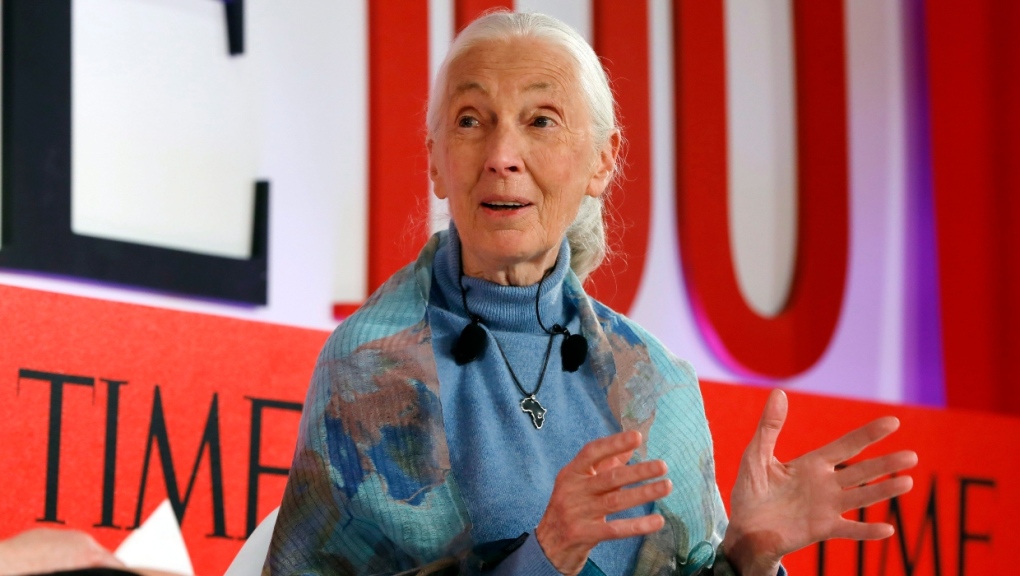 Jane Goodall visits Calgary with an action message on the environment

Jane Goodall says she shares a message of hope and a cry for action as she returns to the stage for live events.

The scientist, who is best known for her work on wild chimpanzees in Africa, was in Calgary on Wednesday and was due to give another talk in Victoria on Friday evening.

“This is my first trip to Canada in three years, due to the pandemic, and this is my third trip anywhere,” Goodall said in an interview Wednesday ahead of his Calgary event.

Like many, she has spent the past two and a half years of the pandemic working from home and delivering her message online.

“It was a chore,” she said, “because we created Virtual Jane and Virtual Jane could do Zooms and Zoom interviews and attend lectures every day.”

Goodall, 88, said she continues to tell her story online and in person to try to inspire others to find their own way of dealing with threats such as climate change and biodiversity loss.

“We are at a critical moment and it is extremely important that people come together and really take action.”

Climate change is altering the water cycle and has led to floods, droughts and forest fires. It has also led to a loss of biodiversity, with research suggesting that one million plant and animal species are threatened with extinction worldwide.

Both happened, Goodall said, because of a lack of respect for the natural world.

“We need to remember that we are part of the natural world and, in fact, we depend on it,” she said. “We depend on it for clean air, water, food, everything.”

Goodall said that means having a healthy ecosystem.

“I see an ecosystem as a beautiful tapestry, and within that tapestry every species of plant and animal has a role to play,” she said. “As they disappear from this ecosystem, it’s like pulling threads of the tapestry until it hangs in tatters, and then the ecosystem will collapse.”

She said people must learn to live with species such as wolves, which are an important part of the ecosystem, and people must also do their part to help restore nature.

“I think we kind of have to touch people’s hearts,” she said.

“You have to find stories to help them realize this is a crisis, but I can actually do something.”

Some, she said, may feel like they’re just one person picking up plastic waste every day and not making much of a difference. “But, when you think there are millions of people picking up litter, you realize that makes a difference. Collectively, a big difference.”

Goodall said Roots and Shoots, a youth leadership program that is part of the Jane Goodall Institute, helps young people understand how they can help.

“If our young people lose hope, we’ve had it,” she said. “It’s not true that we can’t do anything.

“We have this window of time _ I have no idea how big that window is, I know it’s still closing _ and so Roots and Shoots is about giving hope to young people by empowering them to ‘take action, choose their own projects to make the world a better place.’

She said the program has members from kindergarten through college and adult groups are forming as well.

“That’s my greatest hope for the future,” Goodall said.

“That, and our brains starting to look for ways to heal the damage we’ve inflicted and the resilience of nature _ that the places we’ve destroyed can sustain nature again and animals on the brink of extinction have been saved.’

This report from The Canadian Press was first published on June 24, 2022.