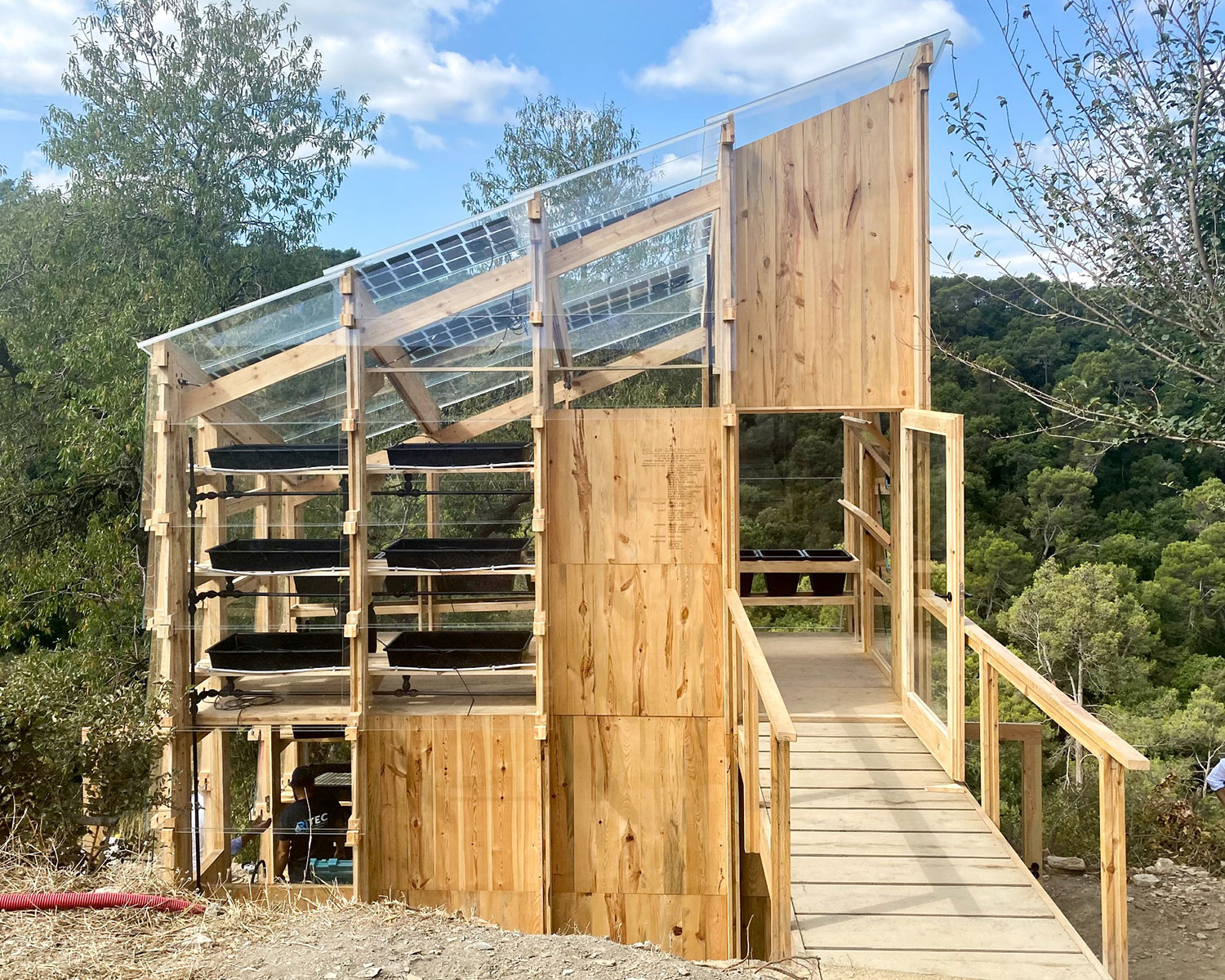 A team of students and researchers from the Institute of Advanced Architecture of Catalonia (IAAC) have designed a prototype solar greenhouse in Barcelona, ​​Spain, for energy production and food production with a zero kilometer philosophy .

The students, led by Vicente Guallard and Daniel Ibañez, directors of the Master’s Program in Advanced Ecological Buildings and Biocities (MAEBB) at IAAC, built a two-story greenhouse in two months. The structure, built in the Serra de Collserola natural park in Barcelona, ​​aims to demonstrate how our most basic needs could be met in a more ecological way, in line with the EU’s net zero target by 2050.

It is designed to be scalable and adaptable to a variety of settings, such as on the rooftops of downtown buildings. The goal was to design and build a system that could be replicated both in rural areas and on the rooftops of urban building spaces.

The 130 square foot structure is constructed from Aleppo pine (Pinus halepensis) which has been ground, dried, treated and pressed into laminated wood elements on site in Valldaura. The glass roof, carefully laid out in a heliomorphic “diamond” shape, allows for full solar capture by both the plants within and the semi-transparent solar panels embedded in the glass to power the entire structure. The greenhouse only uses about 50% of the energy it produces, leaving the other half to the nearby Valldura Labs facility.

The solar-powered greenhouse also features a fully functional nutrient delivery system consisting of storage tanks, nutrient feeders, tubes to feed plants directly, and an array of LED light strips to aid in growth cycles. longer. The ground floor will be used to germinate seedlings to be planted in the gardens, while the upper level will generate a large harvest through advanced hydroponic techniques. All planting beds will use a substrate of sawdust, a former waste product from Valldaura’s Green Fab Lab put to imaginative reuse.

The actual solar greenhouse will be 1,600 square feet and 29 feet tall, more than 10 times larger than the prototype. The ultimate goal is to build communities capable of growing their own food and producing their own energy.

“The solar greenhouse represents the next bold step towards transforming the lessons of this local condition into a greener agricultural solution for the larger urban context,” the designers said.