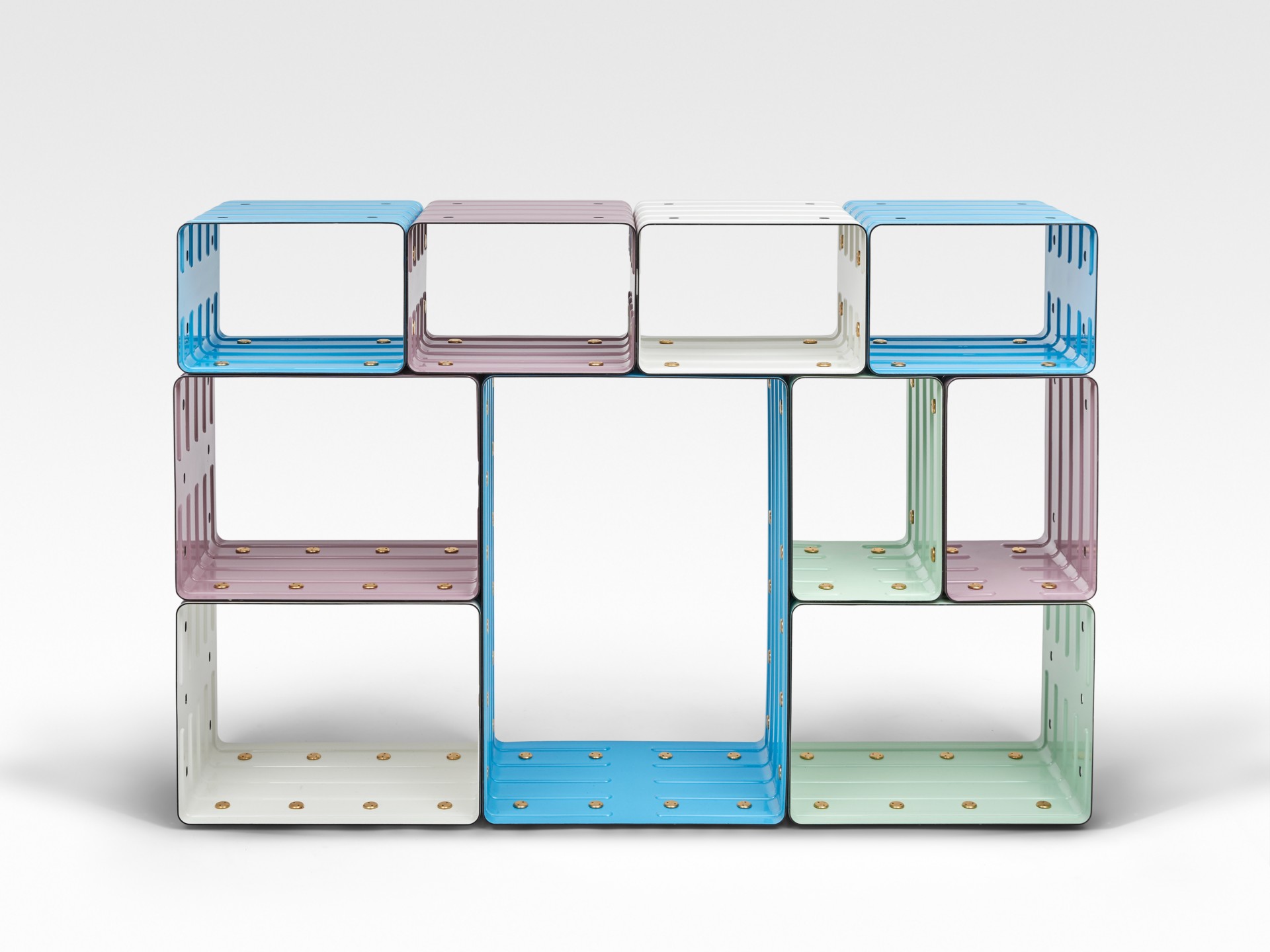 Design without constraint at Galerie kreo

The windows of the Galerie kreo, rue Dauphine, in the Latin Quarter of Paris, are only a stone’s throw from the Pont Neuf, but the entrance is set back from the street in a courtyard. All around, the Left Bank has once again become a lively place of art galleries, bookstores, bistros, fashion workshops, souvenir shops, exotic restaurants and small charming hotels.
I am welcomed on the first floor by Didier Krzentowski, who founded with his wife Clémence the most famous historical and contemporary design gallery in France. The gallery, which will celebrate its 23rd anniversary in June, opened a second location in London in 2014 (at 24 Cork Street, Mayfair), hosted 134 exhibitions and tirelessly conducts research, meetings, presentations and publications. . The name kreo is Esperanto for creation, and Didier chose it because it is short and understandable in many languages. The list of designers who have exhibited their work there and collaborated with the Krzentowskis is staggering: Ronan and Erwan Bouroullec, Hella Jongerius, Jaime Hayon, Barber Osgerby, Pierre Charpin, Jasper Morrison, Virgil Abloh, Naoto Fukasawa, Konstantin Grcic, Marc Newson, and Julia Lohmann, to name a few.

Preparations are underway for a presentation on the ground floor, while on the upper level, about twenty young assistants are busy, concentrating on their screens. An event is being prepared tomorrow at the London gallery around the ‘Signals’ exhibition by Edward Barber and Jay Osgerby, who have designed a series of lamps for Galerie kreo with aluminum supports and conical Murano glass diffusers. Didier tells how he started, to help me understand the spirit in which he opened the gallery – and the secret of its growth over the years.
“I’ve always been a collector, compulsive, since I was a child, he admits; “I collected everything, even primitive flints, then I got into art and photography. I would sell a few pieces to buy more. I worked in a completely different field, the sports business for the Olympic Games. Art was just a hobby. In 1992, he founded Agence kreo to help companies develop creative projects, but after an enthusiastic start, he realized that the market and communication limited the creativity of designers. He then decided to open the Galerie kreo in a small space (45 square meters) rue Louise Weiss (13th arrondissement): “It was June 5, 1999, and in the exhibition ‘Mobilier, objet 1960-2000’ I exhibited the duplicates I had in my personal collection of modern antiquities, which already included objects by Joe Colombo, Verner Panton, Pierre Pauline and Gino Sarfatti.

Didier and Clémence started producing their own collections in 2000 by calling on designers. They recognized that creative designers should have a free hand to experiment, without the limitations imposed by producing for the market. “I drew my inspiration from Pierre Staudenmeyer and his Néotu gallery, opened in Paris in 1985, a model for anyone who wanted to work in the field of design for collectors. Galerie kreo is now a kind of laboratory for designers, allowing them to experiment with different materials and forms, to conduct research. We produce exclusive collections of eight pieces, plus two reserved for the artist and two prototypes. We organize transversal exhibitions and monographic exhibitions. The designer has complete freedom. I never demand something that the general public likes, I’m not interested in what’s marketable.

Didier Krzentowski is certainly a lucky man, as he likes to say, but he also has a phenomenal intuition of creative talent, honed by his incessant research as a collector, with a particular fondness for Gino Sarfatti and Italian and French lighting from the 1950s. to the 50s. eighties. He worked with Virgil Abloh (who died in November 2021 at just 41), whom Didier unhesitatingly qualifies as a “genius”, but he also tells how he discovered Brynjar Sigurdarson, an Icelandic designer for whom he produced a monographic exhibition in 2013: “I didn’t even sell a single piece, but it wasn’t important. Brynjar is now known worldwide, especially as a conceptual designer. He collects everything the sea throws up and puts it together, creating simple ritual objects with a certain mysterious charisma. This is just one example of how Galerie kreo works and why it has become a benchmark in the world of design. It’s on the research side, which is difficult and possibly expensive; but it’s the best side to be!