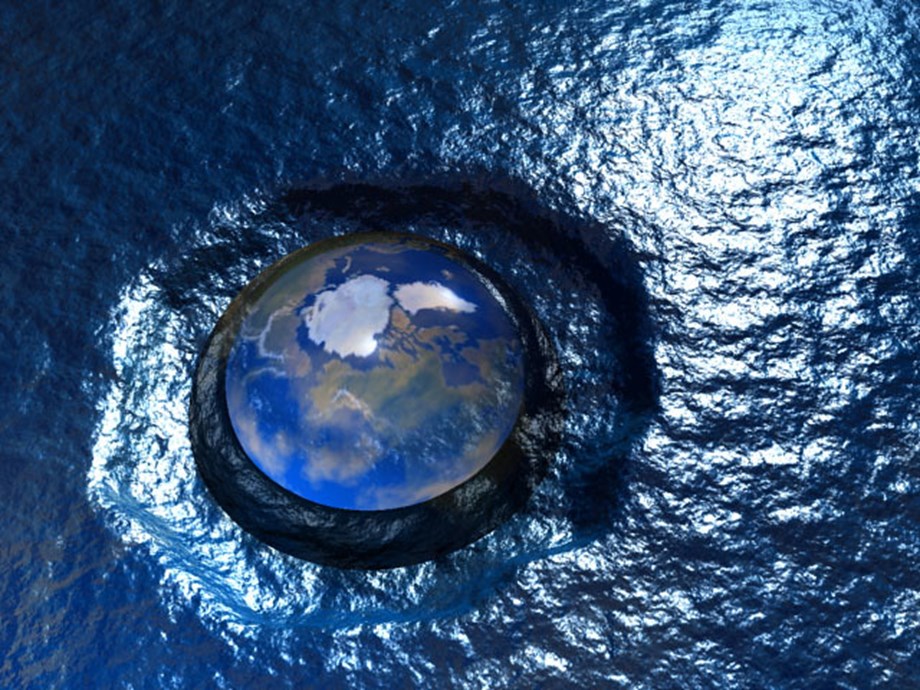 Darwin in a laboratory: the evolution of corals modified for global warming

On a moonless summer night in Hawaii, krill, fish and crabs swirl through a beam of light as two researchers peer into the water above a vibrant reef. A few minutes later, like clockwork, they see spawning coral eggs and sperm drifting past their boat. They collect the fish-smelling drops and put them in test tubes. In this Darwinian experiment, scientists are trying to speed up the coral’s evolutionary clock to breed “super corals” that are able to better withstand the impacts of global warming.

Over the past five years, researchers have conducted experiments to prove that their theories would work. Now they are preparing to plant lab-raised corals in the ocean to see how they survive in the wild. “Assisted evolution started out as this kind of crazy idea that you could actually help something change and allow it to survive better because it changes,” said Kira Hughes, University of Hawaii researcher. and project director. ACCELERATING NATURE Researchers have tested three methods to make corals more resistant: – Selective breeding which takes up the desirable characteristics of the parents.

– Acclimatization which conditions the corals to tolerate heat by exposing them to increasing temperatures.

– And by modifying the algae that give corals essential nutrients.

Hughes said the methods have all been shown to be effective in the lab. And while some other scientists feared it might get involved in nature, Hughes said the rapidly warming planet leaves no other option. “We have to intervene in order to bring about a change so that coral reefs survive into the future,” she said.

When the temperature of the ocean increases, the coral releases its symbiotic algae which provide it with nutrients and give it its vivid colors. Coral turns white – a process called bleaching – and can quickly get sick and die. For more than a decade, scientists have observed corals that have survived bleaching, even when others have died on the same reef. So the researchers are focusing on these hardy survivors, hoping to improve their tolerance to heat. And they found that selective breeding held the most promise for Hawaii’s reefs. “Corals are threatened all over the world by many stressors, but rising temperatures are probably the most severe,” said Crawford Drury, chief scientist at Hawaii’s Coral Resilience Lab. “And so that’s what we’re focusing on, working with parents who are really heat tolerant.” A NEW IDEA In 2015, Ruth Gates, who started the Resilience Lab, and Madeleine van Oppen from the Australian Institute of Marine Science published an article on assisted evolution during one of the world’s worst bleaching episodes. .

Scientists have proposed bringing corals to a lab to help them grow into more heat tolerant animals. And the idea won over Microsoft co-founder Paul Allen, who funded the first phase of research and whose foundation still supports the program.

“We gave (coral) experiments that we believe will increase their ability to survive,” Gates told The Associated Press in a 2015 interview. Gates, who died of brain cancer in 2018, has also said she wanted people to know how “reef health is inextricably linked with human health”. Coral reefs, often referred to as the tropical rainforests of the sea, provide food for humans and marine animals, shoreline protection for coastal communities, jobs for tourist economies, and even medicine to treat diseases such as cancer, arthritis and Alzheimer’s disease. A recent report from the National Oceanic and Atmospheric Administration and other research organizations concluded that bleaching events are the greatest threat to the world’s coral reefs. Scientists have found that between 2009 and 2018, the world lost about 14% of its corals. Assisted evolution was not widely accepted when it was first offered. Van Oppen said there were concerns about the loss of genetic diversity and critics who said scientists were “playing gods” by altering the reef.

“Well, you know, (humans) have been working with the reef for really long periods of time,” van Oppen said. “All we’re trying to do is undo the damage.” Rather than editing genes or creating anything abnormal, researchers are just looking at what might already be happening in the ocean, she said. “We’re really focusing on as local a scale as possible first to try to maintain and improve what’s already there.” t bleach, ”said Steve Palumbi, marine biologist and professor at Stanford University. “Just because you find a coral that doesn’t bleach in the field or in the lab doesn’t mean it’s permanently heat tolerant.” Corals have been on Earth for about 250 million years and their genetic code is not fully understood. “This is not the first time that a coral all over the planet has been exposed to heat,” Palumbi said. “So the fact that not all corals are heat resistant tells you… there’s a downside to that. And if it was okay, they would all be heat resistant. But Palumbi believes assisted evolution work has a valuable place in coral management plans, because “reefs around the world are in dire, desperate and desperate circumstances.” The project gained wide support and stimulated research around the world. Scientists in the UK, Saudi Arabia, Germany and elsewhere are doing their own work on the resilience of corals. The US government is also supporting the effort. The assisted evolution “is really impressive and very consistent with a study we did with the National Academies of Sciences,” said Jennifer Koss, director of the coral reef conservation program at NOAA. “We asked them to bring together all the most recent cutting edge information… science that was really focused on innovative interventions in coral reef management,” Koss said. “And certainly, this assisted gene flow fits perfectly. The ocean and making them survive will be difficult, especially since reintroduction must take place at the local level to avoid bringing in harmful biological material from an area. to another.

James Guest, a coral ecologist in the UK, is leading a project to show that selectively bred corals not only survive longer in warmer waters, but can also be successfully reintroduced on a large scale.

“It’s great if we can do all of this in the lab, but we have to show that we can get huge numbers out to the reef cost effectively,” Guest said.

Scientists are testing delivery methods, such as using ships to pump young corals into the ocean and deploying small underwater robots to plant coral. No one is suggesting that assisted evolution alone will save the world’s reefs. The idea is part of a series of measures – with proposals ranging from creating shadows for coral to pumping cooler water from deep in the ocean onto reefs that get too hot. The advantage of planting stronger corals is that after a generation or two, they should diffuse their traits naturally, without much human intervention. Over the next several years, scientists in Hawaii will place selectively selected corals back in Kaneohe Bay and observe their behavior. Van Oppen and his colleagues have already delivered corals with modified symbiotic algae to the Great Barrier Reef. As the world’s oceans continue to warm, scientists say they are against the clock to save reefs.

“All the work we’re going to do here,” said Drury of Hawaii, “won’t make a difference if we don’t end up tackling climate change on a global and systematic scale.

“So really what we’re trying to do is save time.”

2021-12-09
Previous Post: Research Associate, Center for Banking and Financial Law, employment with NATIONAL UNIVERSITY OF SINGAPORE
Next Post: Discussion and analysis by LIANBIO management of the financial situation and operating results. (form 10-Q)